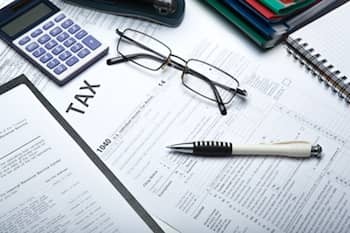 On October 7, 2016, the Ohio Department of Taxation, through a tax informational release, reluctantly accepted without protest, to a holding of the Supreme Court of Ohio. This release accepted the possibility of potential refunds and planning opportunities created by the Supreme Court for Ohio non-residents, while trying to define the limit of the applicability of this same ruling.

IT 2016-01 was issued by the Ohio Department of Taxation as a direct result of the Supreme Court of Ohio ruling in Corrigan v. Testa, Slip Opinion No. 2016-Ohio-2805 (May 4, 2016). With this Supreme Court decision, the Ohio Department of Taxation lost an opportunity to tax a non-resident on the sale of their ownership interest of closely held stock.

In Corrigan, the taxpayer, a Connecticut resident and 79% majority owner of an Ohio business, reported his distributive share of income or loss generated by the business on an annual basis. The business income or loss was considered Ohio business income which the taxpayer did include on his Ohio personal income tax return because the business was a pass-through entity. With the Corrigan ruling, the Ohio Supreme Court determined and ruled in favor of the taxpayer, that the Ohio Department of Taxation could not tax Mr. Corrigan on the capital gain resulting from the sale of this Ohio business as Ohio was not the taxpayer’s residence and domicile. Ohio lost on an $850,000 assessment of unpaid taxes, as the Ohio Supreme Court ruled that Mr. Corrigan’s sale of his business was a transfer of intangible property by a nonresident, which is not subject to Ohio’s income tax.

The Ohio Supreme Court relied on the Due Process Clause of the Fourteenth Amendment in prohibiting the Ohio Department of Taxation from imposing Ohio’s income tax under ORC 5747.212 on capital gains realized by an out-of-state resident on the sale of an interest in an Ohio business. The U.S. Constitution requires a minimum connection between the state and the person or activity it desires to tax, and the Court concluded that there was no direct connection between Mr. Corrigan and the state of Ohio for his 79% ownership interest.

Further strengthening Corrigan’s position was that his role within his company was one of “stewardship” rather than active management of the business, as his responsibility with being the main co-owner was limited to being on the “board of managers” traveling to Ohio for meetings and “other matters important to the goal of growing the corporation’s market share.” The Supreme Court suggested in Corrigan that had the taxpayer been more actively engaged in the corporation’s business operations, Ohio Rev. Code Section 5747.212 may have been constitutional under the Due Process Clause for Ohio to tax the capital gain.

As a result of this loss, and concern for future challenges by taxpayers, the Ohio Department of Taxation issued Information Release IT 2016-01 on October 7, 2016 to alert potential non-residents applying for a refund that:

1. The Court’s analysis and holding are confined solely to Ohio Rev. Code Section 5747.212 and are not expanded to any other statute;

With the Corrigan decision in May of this year, there are now refund opportunities in situations where income tax was paid by an out of state resident on the sale of their interest in a pass through entity doing business in Ohio. Any refund or planning opportunity analysis would need to keep Information Release IT 2016-01 in mind, however.

Ohio statute of limitations for filing refund claims is four years from the date of original filing.  If you would like to discuss this opportunity further, please do not hesitate to contact us.