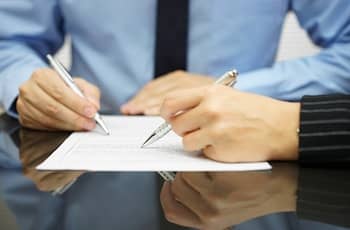 When an employee breaks the rules, the wronged party’s remedies may seem obvious — for example, breach of contract or fiduciary duty damages or asset forfeiture. However, as this article explains, depending on the jurisdiction, an additional or alternative layer of relief known as compensation forfeiture damages could come into play.

Some legal scholars trace compensation forfeiture (also known as equitable forfeiture) damages back to the faithless servant doctrine first established by New York’s highest court in the 1880s. In Murray v. Beard, the court held that, if an employee acts adversely to his employer or fails to disclose any interest that would naturally influence his conduct while employed, the individual forfeits any right to compensation for services. Others have cited the Restatement of the Law Second, Agency (since superseded by Restatement of the Law Third, Agency), as the foundation for compensation forfeiture damages.

Examples of employee disloyalty include:

•Behavior detrimental to an employer, and

In addition to employees, “faithless servants” might include brokers, attorneys, agents and managers, and estate executors.

The faithless servant doctrine can be used as a sword or a shield. The principal might use it to seek the return of compensation or as a defense to deny compensation to the disloyal agent.

Notably, some federal laws enacted in recent years have adopted a type of compensation forfeiture in the form of clawback provisions. For example, Section 304 of the Sarbanes-Oxley Act of 2002 (SOX) provides for the recovery of several types of compensation from CEOs and CFOs of publicly traded companies in some circumstances. The Dodd-Frank Wall Street Reform and Consumer Protection Act also requires clawbacks from executive officers who receive incentive compensation to repay any excess amount that was paid due to erroneous financial data in certain situations.

The proper scope of compensation forfeiture damages remains a matter of debate. For example, in Sequa Corp. v. GBJ Corp., the Second Circuit Court of Appeals affirmed forfeiture damages of $900,000 against a consultant whose conduct had caused his client to lose $26,000. What’s remarkable is that the damages the plaintiff suffered (which represent the consultant’s fees in connection with a single transaction) were significantly less than the forfeiture damages, which represent all of his fees from the entire consulting relationship with the client.

Some courts apply a strict approach, requiring forfeiture of all compensation earned during the course of employment. Others impose limitations — usually by restricting the periods for which compensation must be forfeited. For example, courts have taken the position that employees must forfeit only their compensation for the period of disloyalty or the task that was disloyally performed.

Several states, including Colorado and Wisconsin, have adopted more of a hybrid approach. They generally apply a balancing test that considers factors such as the nature of the relationship, specific kind of disloyal action, harm suffered and benefits received by the principal from the agent during the period of disloyalty. As a result, appropriate forfeiture might mean all, some or none of the compensation. And, of course, some states have rejected the concept altogether, viewing it as inequitable or unjustified. New Mexico and New Hampshire are among these jurisdictions.

SOX and Dodd-Frank provisions have little reach beyond faithless servants at the very top of publicly traded companies. But they, and some court rulings, make strong evidence that compensation forfeiture continues to be a viable remedy or defense worth considering in cases involving allegedly disloyal agents.