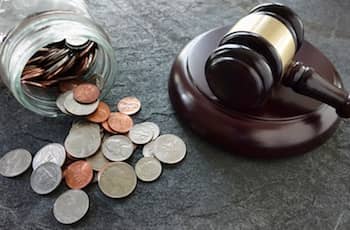 Recovering lost profits generally requires a plaintiff to establish three elements: causation, foreseeability and reasonable certainty. The third element creates a challenge for damages experts. By definition, establishing lost profits involves proving something that, as a result of the defendant’s misconduct, didn’t occur.

What does it mean?

The meaning of “reasonable certainty” varies significantly. In some cases, plaintiffs must prove lost profits by a “fair preponderance of the evidence.” In others, the standard might be “probable” or “more likely than not.” Courts generally agree, though, that proving reasonable certainty doesn’t require mathematical precision.

Some courts make a distinction between the fact of damages — that is, proof that the plaintiff would have enjoyed some level of profits but for the defendant’s actions — and the amount of damages. They typically demand a greater degree of certainty that the plaintiff would have turned a profit and a lower degree of certainty regarding the amount of lost profits.

Is the business established?

However, keep in mind that, regardless of whether a business is established or unestablished, determining lost profits is a forward-looking exercise. An established business’s earnings history provides important evidence of its future earnings potential. But a damages expert still must analyze a variety of factors — outside of the defendant’s alleged wrongdoing — that might cause its future earnings to increase or decrease. Even a business that historically has been unprofitable can recover lost profits damages if its facts or circumstances signal a rosier future.

Why is it critical to trust but verify?

For many courts, the best evidence of lost profits is management’s own projections. Why? No one understands the company’s operations better than people inside the company. When analyzing management’s expectation of future performance, damages experts usually take a “trust but verify” approach. In other words, they understand that management is usually in the best position to gauge a company’s financial prospects, but they also recognize that management’s expectations are sometimes unrealistic. Forecasts and projections may be unreliable if they’re, say, prepared in anticipation of litigation, in connection with a merger or acquisition, before going public, or under other circumstances in which management has an incentive to inflate its earnings potential.

Even if management prepares a forecast or projection in the ordinary course of business, a damages expert will analyze the risks — including company-specific, industry and economic risks — that the plaintiff won’t achieve its expected results. The expert can reflect these risks in lost profits calculations by reducing expected profits or by using a higher discount rate to determine the present value of those profits.

Damages experts need not prove lost profits with mathematical precision — the inherent uncertainty over any company’s future performance makes such precision impossible. Nevertheless, they must present evidence and analyses that estimate lost profits with reasonable certainty.

In Inspectronic Corporation v. Gottlieb Skanska Inc., a New York appellate court addressed two of the three elements of a lost profits claim: foreseeability and reasonable certainty. The defendant had entered into a contract with New York City to perform repairs and renovations to the city’s water reservoir system and had subcontracted diving and underwater services to the plaintiff. Nearly halfway through the project, the defendant terminated the subcontract and engaged another company to complete the work. The plaintiff sued for breach of contract.

The trial court ruled that the defendant had wrongfully terminated the contract and awarded the plaintiff more than $300,000 in lost profits. Damages were upheld on appeal.

With respect to the change-order work, the appellate court found that lost profits were foreseeable because the parties anticipated dive-related change orders when they entered into the contract. And the amount of lost profits could be determined without speculation based on the actual amount paid to the successor subcontractor for change-order work.