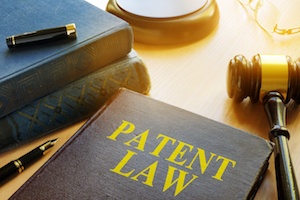 When calculating reasonable royalty damages in patent infringement cases, experts are often called upon to “apportion” the royalty base among multiple patents or between infringing and non-infringing products or product features. In Finjan, Inc. v. Sophos, Inc., the U.S. District Court for the Northern District of California excluded an expert’s testimony on Daubert grounds because her apportionment methodology improperly inflated the royalty base.

In this case, Sophos’ unified threat management (UTM) suite of antivirus software products allegedly infringed six of Finjan’s patents (ultimately, Sophos was found to have infringed five of the patents).

The plaintiff’s damages expert opined that five of UTM’s seven modules infringed Finjan’s patents. She determined that a reasonable royalty rate was 16%. But, in applying that rate, she double or triple counted revenue attributable to certain product features, resulting in a royalty base that was greater than 100% of the products’ total value.

Finjan argued that its expert’s methodology was reliable because she’d calculated damages on a per-patent basis, allowing the jury to calculate damages specific to each patent even if some of the patents were found to be invalid. It characterized Sophos’ challenge as a claim that Finjan is “only entitled to recover damages as if it was one patent in suit because we have overlapping technologies at issue.”

The federal district court agreed with Sophos. The opinion states, “If Finjan’s patented technologies are truly overlapping then it can in fact only recover damages as if one patent is in suit as ‘no patent can issue for an invention actually covered by a former patent.’”

The court acknowledged that Finjan’s patents could cover related or intermingled technologies but not identical ones. Viewed that way, multiple patents that cover the same feature “must cover different technologies that together contribute to the total value of the [feature].”

If at first you don’t succeed...

Finjan’s expert amended her report, applying a more complex methodology that involved declining royalty rates. Although the revised approach resulted in lower damages, it suffered from the same flaw as the first report. Assuming that each module had equal value, the court explained, Finjan’s patents accounted for, at most, 5/7 of UTM’s total revenue.

The total revenue was approximately $21.5 million, so the total possible apportioned revenue base was approximately $15.4 million ($21.5 million × 5/7). Applying a 16% royalty rate to this royalty base, the court arrived at a maximum reasonable royalty damages award of $2.5 million, but the expert’s methodology produced a $5.6 million royalty — more than double the court’s estimate.

Finjan illustrates the importance of stepping back and asking whether a damages calculation makes sense. In general, a royalty base that substantially exceeds the total revenue generated by an infringing product clearly doesn’t seem reasonable.