Dissenting Shareholders: What’s the Fair Value of the Interest? 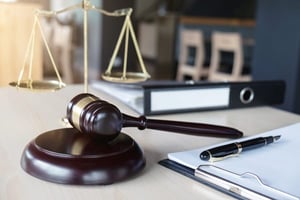 In Athlon Sports Communications v. Duggan, the Tennessee Supreme Court addressed whether the Delaware Block method was mandated when valuing shares in appraisal rights actions. To determine the appropriate method for determining “fair value,” the state court looked outside of its jurisdiction to Weinberger v. UOP, Inc.

This 35-year-old case from Delaware expands the relevant valuation evidence that may be used in dissenters’ rights cases to “any technique or method that’s generally acceptable in the financial community and admissible in court.” Under Weinberger, experts may apply not only the Delaware Block method, but also the discounted cash flow (DCF) and the guideline company methods.

Athlon publishes sports magazines, websites, and other branded sports products. The company struggled during the financial crisis of 2008. In 2012, its board of directors decided to initiate a merger transaction that effectively squeezed out minority shareholders who were former employees of the company.

The merger was completed in August 2012, and the board offered to buy the minority shareholders’ stock for $0.10 per share. The dissenting shareholders rejected the board’s offer and, instead, demanded $6.18 per share.

Athlon petitioned the trial court to determine the fair value of the minority shareholders’ stock under Tennessee law. The state’s dissenters’ rights statutes like the laws in many states – give a dissenting shareholder the right to obtain payment equal to the fair value of a shareholder’s interest in the event of a merger.

Both sides hired business valuation experts to value the dissenters’ stock, and the experts assumed that the Delaware Block method was required based on previous case law in Tennessee. This method averages the following three indicators of value:

These indicators are based on the company’s historical performance. They specifically exclude forward-looking financial projections and comparable transaction data. Using the Delaware Block method, the company’s expert said the stock had no value; the defendants’ expert estimated that the stock was worth $6.48 per share.

The business valuation experts also valued the dissenting shareholders’ stock under forward-looking valuation approaches. However, Athlon’s expert testified that the DCF method wasn’t “practical, useful, or reliable when projections of future results cannot be made without resorting to undue speculation.”

The trial court ultimately valued the stock at “no more than $0.10 per share,” based on the Delaware Block method. That ruling was upheld by the Court of Appeals.

In matters of corporate law, Tennessee courts often look to Delaware law. In this case, the Tennessee Supreme Court turned to Weinberger v. UOP, ruling that the statutes don’t prescribe a specific valuation method for determining fair value. Rather, trial courts have flexibility to choose the valuation method that best fits the circumstances of the case at hand.

When calculating fair value in dissenters’ rights cases, think outside of the Delaware Block. Forward-looking metrics – such as financial projections and comparable market data – can also provide meaningful indicators of value. But they shouldn’t be speculative or based on synergies that would come from the corporate action that the shareholders dissent to.