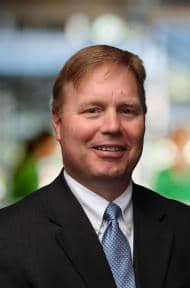 Considerations for Selling Your Business

I met a retired business owner at a party recently and he found out I was a CPA. Not that I normally use this as a conversation starter, but my brother mentioned it as he introduced me.

As the night continued, we got to talking about his business and how he started it. What became clear was that he's very proud of what he had built. He sold his business 12 years earlier, but it was still an important part of who he was. As we got to that point, I asked him why he had decided to sell. He said there were consolidations going on in the industry at that time, and felt the industry was changing, and getting harder to compete in. He was then approached with an offer and it seemed like the right time to sell.

END_OF_DOCUMENT_TOKEN_TO_BE_REPLACED

Before Investing in New Technology, Take Stock of Existing Systems

Rapid advances in technology combined with a tight labor market are prompting increasing numbers of manufacturers to consider investments in automation.

END_OF_DOCUMENT_TOKEN_TO_BE_REPLACED

Why Your Business Needs an Annual Financial Check-up

Don’t you feel good after you go to the doctor, or the dentist? Even though people put this stuff off there is a certain satisfaction and peacefulness that comes with knowing you have done it and you are ok for a while.  You can get rid of some of the irrational worries (or maybe that is just me).

Working with many closely held businesses I can tell you the methods used for the annual financial check up are varied and equally avoided with many business owners. Many people handle their financial check up with their annual audit or review, or their corporate tax return with their accountant.  Then they talk about their personal investments and issues with their investment advisors who may or may not have any idea on leveraging your greatest asset - your operating company.