Maybe I Should Give up Coffee...

I recently came across a 2015 study by the University of Innsbruck that concluded that people who drink black coffee, tonic water or enjoy radishes are more likely to be psychopaths. Actually, it states that people who enjoy those items are more likely to exhibit signs of “Machiavellianism, psychopathy, narcissism, and everyday sadism”. Not sure how “everyday sadism” differs from just plain old sadism, but they’re Austrian and must know something I don’t. Anyway, I happen to enjoy all three of those things, although I must admit the tonic water needs gin to make it palatable. 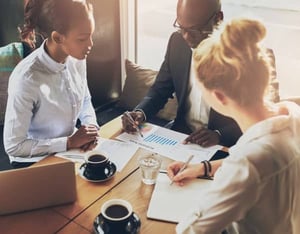 The reason, according to the study, is that psychopaths enjoy taking risks. The bitter flavors found in nature (or black coffee) are often from plants that are poisonous.

Thanks for dropping the knowledge, Lloyd. But where are you going?

If psychopaths enjoy taking risks, would that suggest that entrepreneurs are psychopaths? Of course not. Psychopaths generally have a lack of empathy and feeling for others, selfishness, lack of guilt, and a superficial charm that manifests exclusively to manipulate others. OK, that sounds like some entrepreneurs I’ve met, but risk taking on its own can be explained by other, less menacing-sounding traits.

In her book The Risk Factor: Why Every Organization Needs Big Bets, Bold Characters, and the Occasional Spectacular Failure, Deborah Perry Piscione describes risk-takers as follows:

1. They genetically have a lower level of fear than most people.

2. They are creators, not observers.

3. They are incredibly curious about why things are the way they are.

4. They hate losing more than they love winning.

5. They surround themselves with like-minded risk-takers.

6. They believe that anything is possible.

7. They can shake off and even embrace failure.

The successful companies that I’ve worked with have had leaders who demonstrate those characteristics and, to the best of my knowledge, are not sadists. These entrepreneurs manage their companies with strategic plans designed to capitalize on a reasonable amount of risk-taking.

In financial terms risk runs in direct proportion to reward or, said in a different way, the more risk involved, the higher the required returns. We see that manifest itself through historic returns of publicly-traded companies where smaller companies (which are regarded as being riskier than large ones) have returned higher amounts to shareholders over a long time horizon. In the private company marketplace, we see premiums being paid for companies that set themselves apart from the competition by doing things apart from convention.

Do you have a strategic plan that leverages your risk tolerance? Can we help you develop one? 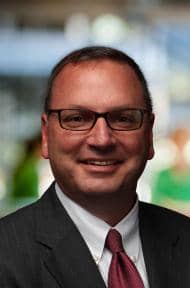