Meaden & Moore is proud to showcase informative blog posts written by guest bloggers to further educate our audience and promote thought leadership in the accounting industry. This guest blog post is courtesy of Becky Morgan, from FULCRUM. 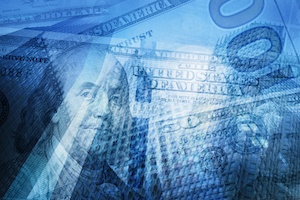 The phrase "Lean Six Sigma" is nonsensical to me. It's like "lean 5S" or "lean SMED." Why would we select our favorite tool and slap it after lean? Similarly, lean blockchain makes no sense. The good news is that I don't think anyone is using that phrase!

But people are asking if blockchain is something that lean organizations should be using.

As with most things, the answer is: "it depends."

Blockchain is a relatively new database formatting methodology. It uses some very cool math (or awful math if you find elliptic curve cryptology boring) and some basic rules to create a secure (until quantum computing is here, and by then we'll have quantum blockchain) source of transaction history that cannot be edited.

So why would anyone care?

The big idea behind blockchain (which is NOT the same thing as Bitcoin!) is trust. Or the lack thereof.

Let's say you sold product to a company in a different country, and they agreed to buy it. No matter the name of either company, you do not trust each other to actually perform. The purchaser won't pay until they receive it, and you won't ship it until you are certain you will be paid. Ergo, the rise of the middle man. Or in many cases, the middle men.

This lack of trust creates friction in the process that slows it and adds to costs. A blockchain approach to data verification and storage eliminates that friction. Technically it replaces it with much less friction that costs little and is amazingly fast. A perfect example of a "smart contract" blockchain application.

All businesses have computers and most have complex software to record important data. But most don't believe their own data, much less someone else's. The data in each company is centralized and controlled by it. Think of the amazing amounts of waste that we have because we don't trust the other organization, much less its data. So, what to do?

Blockchain is a distributed ledger (recording of transactions that exist identically on many computers) database that requires verification of every "block" of information to be added before adding it. And the "blocks" of data are chained one to the next through some fancy math to ensure that it is indisputable and immutable. It is impossible for anyone to edit a block. When errors are made in a transaction a block is added to correct it. There is no erasing and correcting.

So back to why any lean organization would care.

Some wouldn't. Blockchain is fairly simple application programming but is not easy to design and implement. And it brings value when relationships have a small set of specific attributes. It is a hammer that should not be used on screws, C-clamps or other types of fasteners. Just nails.

Yes, every company suffers from the monumental waste emanating from lack of trust, but you don't need a howitzer to kill a fly. Let's consider when a howitzer (blockchain) might make sense.

You bought a nice diamond that you really love. But you'd sure like to know that it's not a blood diamond. That means knowing with certainty exactly which mine in the world is the source of that diamond. And how it has been handled since. That means 100 percent transparency.

Everledger is an Australian company that has developed the blockchain application that the diamond industry uses to record absolutely everything about a specific diamond, from the rock in the mine to your hand. Blockchain is the digital tracking of the physical asset. There has to be some way to link immutably your specific diamond as part of a rock in a mine to the data about it. In diamonds, there is a physical marker that makes it possible to do so. Because processing is not simple, Everledger interacts with machine visioning to ensure that the diamond being machined is your exact diamond. And to IoT data that is secured via blockchain.

Many have asked me about blockchain for metal parts. Yes, it can be done, but the bigger issue is how can we link that specific part to its original source? Simply, we can't. As metal goes through processing, its characteristics are changed in ways that lose identification. That's why Everledger is working with diamonds, and not gold. When gold is smelt, it loses its original characteristics. Gold would have to be traced from that point on, if it's important to have surety that a specific piece of gold is what the transaction is reporting.

But some assets have much simpler lives. Ohio is beginning to examine the potential for auto titles via blockchain. That would save amazing time and resources for everyone involved – the owner, the seller, the lender, the insurance company and more. Some banks are already using blockchain for loan application and processing; real estate and insurance are other industries quickly moving that direction.

Those service organizations that are also lean will benefit greatly from blockchain. Even if they don't know what waste is, blockchain will eliminate much of it.

What about your manufacturing company?

If you're small, focus on IoT first and keep your eye on blockchain. Walmart is requiring blockchain for many of its produce suppliers. They led the way on barcoding and RFID and are doing the same with blockchain.

If you're larger, it is time to step up to the plate and understand it well enough to make an informed decision about the near-term role of blockchain in your industry and your business. It is already being used in manufacturing industries and may well be coming soon to yours.

Trust, controlled transparency, speed, smart contract execution and more. Blockchain, while the platform for Bitcoin and other cryptocurrencies, is an important development in data creation, storage, and protection for any number of practical business scenarios.

Companies that are truly lean thinking will want to become familiar with evolving blockchain capabilities. There is massive unseen waste that it may help you eliminate.