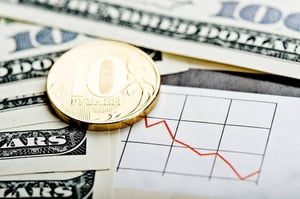 Employers who have been impacted by hurricanes Harvey, Irma, and Maria in the fall of 2017 may be able to seek temporary relief thanks to the passage of recent Federal legislation. The New Employee Retention Credit is available to certain employers who continued to pay their employees during the weeks or months that their businesses were shut down as a result of the recent hurricanes. This credit was signed into law by President Trump on September 29, 2017 as part of the Disaster Tax Relief and Airport Airway Extension Act of 2017.

Employers who are eligible to receive the credit must meet the following requirements.

The non-refundable credit is available to taxpayers as a “general business credit” and can therefore be carried back one year or carried forward 20 years. It is equal to 40% of the wages paid to each eligible employee beginning on the date the businesses was shut down, and ending on the earlier of (1) the date the company resumed business operations, and (2) January 1, 2018. This credit is capped at $2,400 per employee (the equivalent of $6,000 in wages), and it cannot be claimed for an employee for whom the Work Opportunity Tax Credit is also claimed.

The wages that are eligible for this credit are any wages earned by workers who were employed at the affected business location at the time the business became inoperable. If these employees were transferred to a different, operating location during the affected time period, their wages would still be qualifying.

To claim the Employee Retention Credit, employers will need to file Form 5884-A on their Federal tax return. As of April 4, 2018, the IRS has not finalized this form, but a draft version can be seen here. This form is similar to those that provided relief from previous-years’ natural disasters, so we do not expect to see major changes from the draft version. While the IRS has not yet released guidance on when it can be claimed, we recommend that taxpayers claim this credit on their 2017 tax return, if possible.

Before the credit can be claimed, taxpayers will need to collect the following information:

The Employee Retention Credit has the potential to significantly lower a business’s taxable income, so take advantage of this relief if you were impacted by the 2017 hurricanes. We would be pleased to discuss any further questions you have, and to discuss with you how this will impact your 2017 taxes. 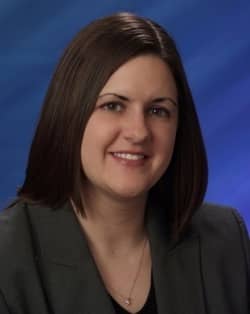 Leslie is a Senior Manager in the Tax Services Group and has over 15 years of experience providing strategic tax, accounting and business advisory services to companies and their owners in a variety of industries including manufacturing, construction, trucking and service. She focuses her practice on corporate and “flow-through” entities and how to minimize the tax liabilities of their owners. Leslie specializes in multi-state taxation, including nexus analysis and voluntary disclosures. Her responsibilities include keeping current with new laws, rulings and court opinions that impact the firm’s clientele and representing clients that are under audit and serving as their advocate throughout the audit process. Leslie assists her clients in navigating through the complex environment of multi-state income, franchise, sales and use, property and payroll taxes.